God Is Enough For Us; And How Excellent A Guardian Is He! 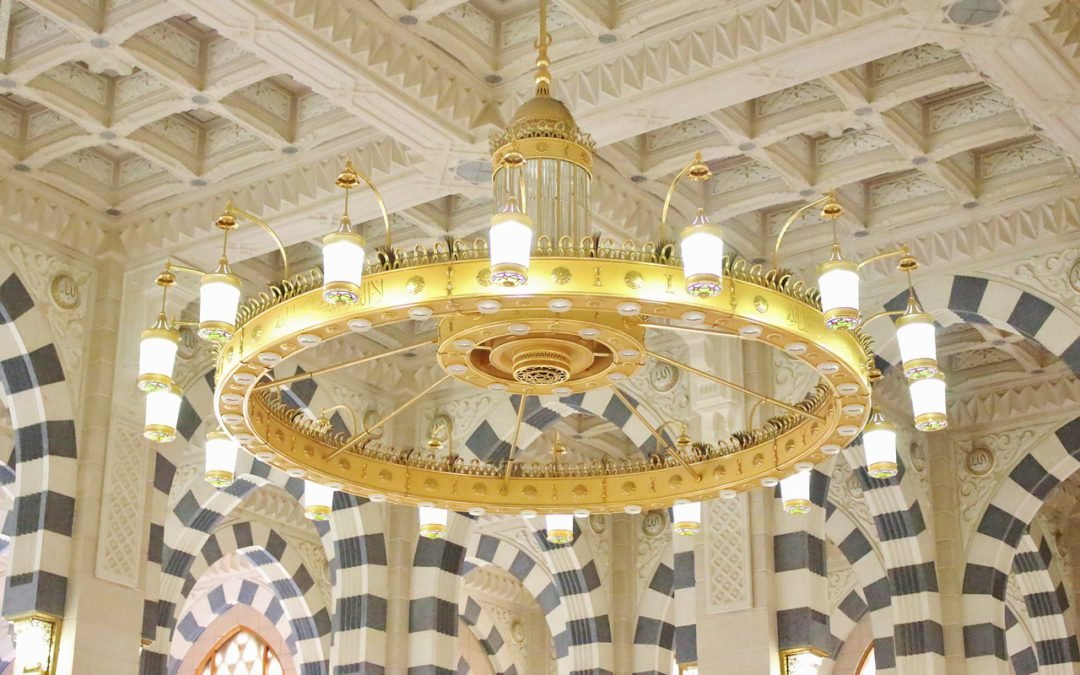 The Garden is hypnotic. Enchantingly reverent and dignified. Those who visit the Rawdah and are blessed to pray near the grave of our Prophet Muhammad

in the very masjid that he erected with his own hands, find it difficult to leave.

I love the Rawdah. I spend every waking second of my short stays in Madinah seated next to the house of ‘Ā’ishah

, the wife of the Prophet and honoured mother of the faith – Allāh be pleased with her- which encases the sanctified grave of our Prophet Muhammad

Last year, near the end of April, 2013, just after Maghrib prayers as I sat a meter from the house of ‘Ā’ishah

, my phone exploded with messages, tweets, emails about an investigative article published in the Daily Telegraph UK. The article which featured my photograph was picked up and carried along in other publications in the UK, like the Daily Mail, and abroad, as far away as China. The article discussed the criminally, barbaric, murderous terrorism of the Boston Bombings, and linked a “Yahya Ibrahim,” to it.  The problem was that they published my photograph in the article and in so doing readers were led to believe that I and the individual being investigated, using the pseudonym “Yahya Ibrahim,”  were one and the same.

As I sat in the Rawdah, a Garden from the gardens of heaven on Earth, I complained to my Maker of my inability. I was in a foreign country, away from my family. My wife and young children in Australia and my father and family in Canada were frantic, worried about my safety.

Ironically, days before my departure for ‘Umrah, and this traumatic episode, I was honored by the Western Australian State Government with the prestigious Individual Excellence Award in the WA Multicultural Community Service Awards of 2013. Curtin University, where I remain an Islamic Chaplain nominated me for the award and the Vice-Chancellor had this to say, while the Office of Multicultural Interests said this.

This wasn’t the first time that I was mistakenly identified by the Daily Telegraph of the UK in this manner.  Words that I never spoke and quotes that were falsely attributed to me were published in an article on January 23, 2010, including a picture of me and alleging that I was a hard-line Islamist with anti-Semitic views who had advocated violence and conflict.

I was forced to mount a legal battle that would require a copious amount of money and hundreds of hours trying to undo the damage done to my reputation. Using the expertise of a top law firm and specialised counsel, I filed in the High Court to clear my name.

On the 24th of July 2011, the Daily Telegraph published a formal apology, agreed to a settlement, and provided a letter of comfort.

You can therefore imagine my dismay when I once again found myself falsely identified by the very same newspaper, and linked to the barbarity and sinful terrorism that is the Boston Bombings.

But I was in Madīnah, having just completed ‘Umrah in Makkah. I was at Al Habib Muhammad’s

Masjid, seated near him

. I left the Rawdah with a peace of heart that I wish I could share with you all. I asked my Lord for help and my heart was certain I was answered.

Once again, great expenditure and nearly a year later, I have received a long awaited apology from the Daily Telegraph UK and the Daily Mail UK,  and both have agreed to financial settlements.

I thank all those who helped me to pursue this course of justice and acknowledge the many well-wishers who supported me throughout the trial. In particular, I extend my humble gratitude to my dedicated, attentive, knowledgeable legal team at Saracens Solicitors in London, UK. They were a blessing. They responded to all my queries comprehensively, supported me throughout the proceedings and reached out to others when there was a need. I thank Allāh

for placing them in my life.

is with those who endure patiently, and I pray that He judges us all worthy of His Love, Guidance and Mercy.

Ya Allāh accept the little we all do and reward us more than we deserve.

So what have I learned from all of this?

In life there are things that happen to us and within us that are beyond the realm of our control. The fate that determined when we would be born, gifted to which parents and of what ethnicity, social status, faith and disposition is all beyond our control. The pre-destiny that strikes us in life wherein we find ourselves blind-sided by sudden, unexpected news is equally out of our hands.

However, how we react to the ordained, and the faithful, enduring patience that we demonstrate during our trial is fundamentally and squarely within our control and we are accountable to the Al-Mighty for it. We are accountable for our actions, statements and the inner belief in our heart about Allāh

and all that we encounter as consequence of His Will for us in life.

Who, when disaster strikes them, say, “Indeed we belong to Allāh , and indeed to Him we will return.”
أُولَٰئِكَ عَلَيْهِمْ صَلَوَاتٌ مِّن رَّبِّهِمْ وَرَحْمَةٌ ۖ وَأُولَٰئِكَ هُمُ الْمُهْتَدُونَ

Those are the ones upon whom are blessings from their Lord and mercy. And it is those who are the [rightly] guided.

Remember the words of the Prophet

whenever you are visited by hardship, “He whom Allāh intends good, He sends  them some affliction.”

I am heading back to Umrah again, one year later, almost to the day, and as you read this I firmly believe that truly, all that needs to be said is, God is enough for us; and how excellent a guardian is He!