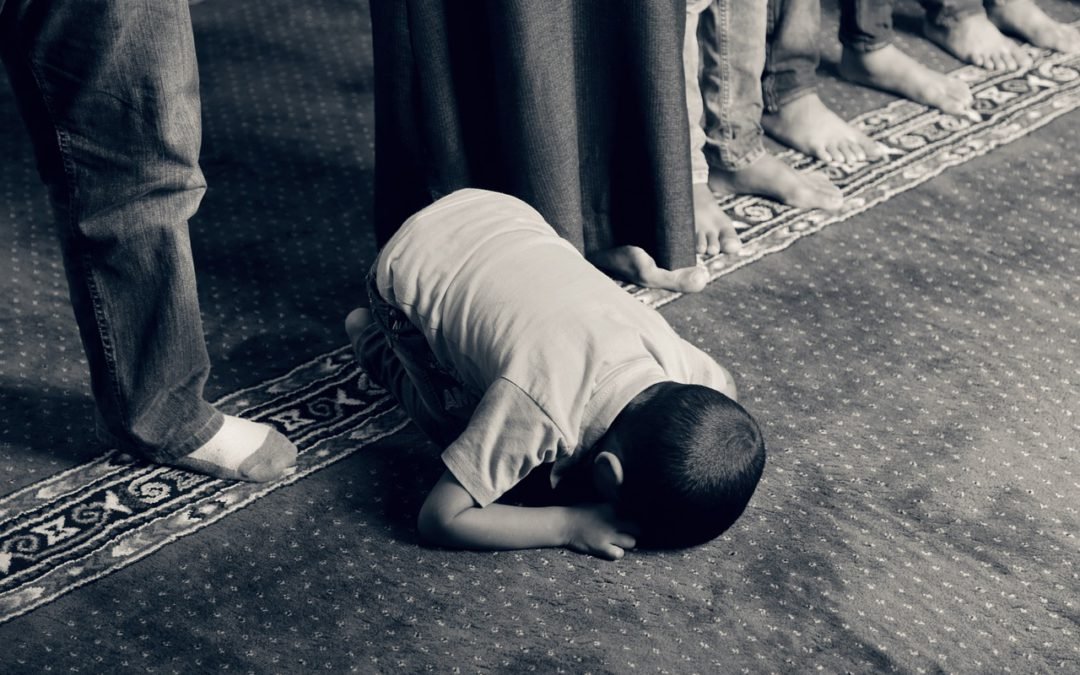 On the one hand, they need to get through a comprehensive curriculum that requires a deliberate, if not stubborn, outlook on their students keeping the pace necessary to complete it. On the other hand, they also see the outliers amongst their cohort as not receiving what they need to spread their wings and sore, or more likely, catch-up to the rest of the group.

The answer, after nearly two decades of teaching, are parents. I here aim to share, as a parent and an educator, some maxims, that in my professional and personal experience will promote your child’s natural abilities and push them to achieve their very best.

These laws are not tasks for your children to accomplish. These principles, founded from the Sunnah, are practices YOU must implement.

Be positive about learning

Show your children, through your active practice that knowledge is a life-long pursuit. This can be done by taking on hobbies, attending weekend courses, being attached to a regular Quran halaqah and by consistently demonstrating a positive attitude towards learning. This, subtly, encourages your children to foster an interest in learning. It is important for our children to see that learning is something that adults do too.

One of the Dua enjoined upon our Nabi Muhammed

to make is recorded in Surat Taha:

Say: My Lord, increase me in knowledge.

The knowledgeable agree that the request for increase begins with the desire and then taking the means to pursue it.

The Messenger of Allah

Whoever travels a path in search of knowledge, Allah makes easy for him a path to Paradise. Sahih Muslim 2699

Reading is nice, but doing is better. The experiences we have in our lives are not simply memories, they build our brains and alter our world view. When we involve our children in new and interesting, positive experiences, we stimulate their brain development and give them a larger library of information to draw from.

Our children may not listen to everything we say, but they absorb everything we do. From the youngest of ages, our children are engrossed in our lifestyle. The more contact time you have, the richer their experience, especially if that contact is consistent. Take note of the Prophet r attitude to youngsters attending to the masjid or other formal events.

It is clear as well that his r audience was not limited to the faithful elders amongst the sahabah, radiya Allahu anhum ajma’een, but also to the young. Most of the noteable scholars from the Sahaaba were those who grew up mixing and traveling with the Messenger of Allah r from a young age. The likes of Usama ibn Zayd, Abdullah ibn Omar, Anas ibn Malik, Abdullah ibn Amr, Abdullah ibn Abbas, Mu’adh ibn Jabal, Zaid ibn Thaabit and countless others.

‘Abdullah Ibn ‘Abbas (May Allah be pleased with them both) said: ‘One day, I was riding behind the Prophet r when he said: “Young man! I am teaching you (some) words: Follow Allah’s orders and He will protect you; fulfill His rights and you will find Him with you. If you need something, ask Allah; and if you ask for help, ask Allah (alone).”

What an honour to sit next to the best of humanity and travel while being taught to reflect on the true nature of life.

Know that mistakes are opportunities

If you can’t make a mistake, you’ll never do anything new. Help your children to realise that we all make mistakes. No one gets everything right the first time. In fact, making mistakes is the way we learn.

said, “All of the children of Adam are sinners, and the best of sinners are those who repent.” Sahih in Sunan Ibn Majah 4251

At first glance, it seems like this hadith is just a general statement. However, when you come to know that Anas, radiyaAllahu anhu was 9 years old during the life of the Prophet r and that he was given the honour of serving the Prophet r, the hadith becomes more precise. When you couple it with Anas describing his relationship with the Prophet r as being:

We come to see that the Prophet

had a reformative, rather than punitive, attitude with young people. His

aim was always about improvement, rather than censure and punishment. Mistakes, in that framework transform into successes.

Push Past the Obvious

The Googlation of education encourages people to seek AN answer, then stop thinking. Be the antidote to this. Help your child to take ideas and stretch them out.

You will need a good sense of humour and patience. Let your child absorb information from a plethora of sources, recombine them in new and crazy ways and allow them the opportunity to apply them in unusual settings.

It is for this reason that the Prophet r would regularly ask young people questions about life and death, success and failure, good and evil, rather than simply stating a fact.

asked his companions, ‘What would be the situation of someone who has a river at his door and everyday, five times a day he comes out and he takes a bath in that river? At the end of the day would he have any dirt on himself?’

They responded, ‘There would be no dirt on him, O RasulAllah.’

Then the Prophet said, ‘Similarly there are the five ṣalawāt, cleansing the person in this way.’

An example from the Prophet

is the ḥadīth of the woman who came and asked him about her mother who made an oath to do Ḥajj but then died. She asked the Prophet, ‘Should I do Ḥajj on her behalf?’

The Prophet said: ‘If your mother had any debts, would you pay them on her behalf?’

The woman replied, ‘Yes.’ The Prophet

‘The debt owed to Allah

is more worthy of being fulfilled and paid off’ (al-Bukhari)

Construct plans and use them to make Decisions

Being able to anticipate what is likely to happen as a consequence of our actions is an essential life skill. Many adults fail at developing foresight and understanding the ramifications of their words and actions. In part, it is due to how they were raised.

It is easy to make demands and force all to adhere to your decision as the parent. However, your children miss understanding that their own decisions also have consequence. Getting our children to plan and be part of the decision can be as simple as asking, “What do you think will happen if we did this or that?”

An issue would come up and the Prophet

would occasionally have the question answered by one of the companions in order to train them to answer the questions.

A man came to the Prophet and said that he had a dream and he wanted its interpretation. Before the Prophet

said, ‘Ya RasulAllah! Allow me to interpret it,’ and the Prophet allowed him to do so.

There are numerous cases where a person would come to the Prophet with a legal issue and he r would tell a certain companion to get up and make a judgement between them. That companion would say, ‘Ya RasulAllah

, shall I judge between them while you are here, in our midst?’

would respond in the affirmative.

These young companions would later became Muslim judges, and they were the governors that went out to Yemen, Egypt, and other places. The Prophet had trained them in his midst.

Ya Allah bless our children with Your Love and the love of those who love You.
My Lord strengthen their bodies, tune their hearing, sharpen their sight, clear their congestion, mend their wounds and make them whole.
My Lord with Your Mercy protect them from Illness, sin, mistakes, errors and misguidance as consequence of their devotion to You.
O Allah cause them to obey in love their parents, without rebellion, persistent error or disrespect.
Ya Allah help us raise them well with high morals and firm ethics of righteousness that blesses them and society.
My Lord I entrust You with our progeny, for no trust is lost with You. I entrust You with clearing them of impediments, ailments and immorality.
I trust in You to guard them from the evil that spreads by night, or envious eyes sharpened by the light of day and from the jealousy of hateful friends
My Lord protect my children from all sides, above and beneath, right and left, front and back.
Ya Allah let our children be reason for our honour and a source of our pride.

Imam Yahya Ibrahim is Head of Islamic Studies & Asst. Principal at Langford Islamic College, Senior Imam at Thornlie Mosque, Islamic Chaplain at Curtin University & the University of Western Australia and lecturer for the internationally acclaimed alMaghrib Institute. Imam Yahya is a Minister of Religion, empowered to officiate marriages for the Australian Islamic community.  He is Canadian by birth, Egyptian through ancestry, Turkish via marriage, and Australian by choice of residence and migration.

His religious training began in Toronto wherein he committed the Quran to memory & studied Fiqh/Jurisprudence upon the principles of Imam Shafi’ee’s Madh-haab. Over the years, beginning 1993, Imam Yahya has continued to further his study of Islam by meeting, translating and traveling to scholars in Egypt & Hijaz & South East Asia. Throughout that time he has received Tazkiyah and Ijazah to instruct in a variety of Islamic disciplines – Hadith, Fiqh and Quranic sciences, Alhamdulillah. Follow him on Facebook.