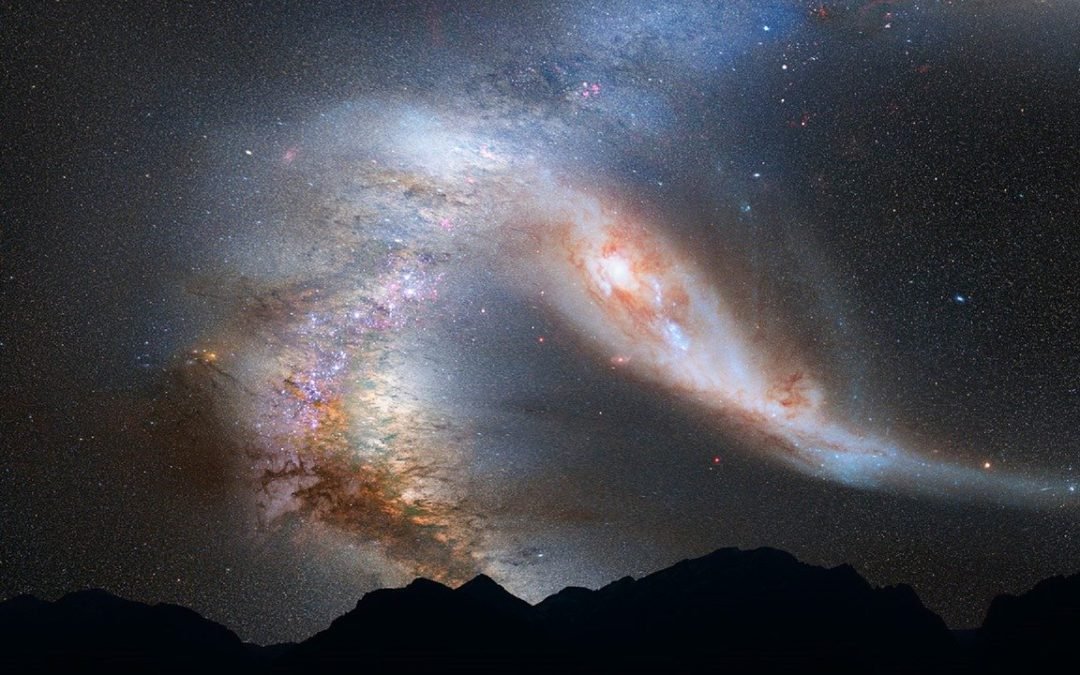 Without a doubt, among the types of knowledge and the varieties of inherited wisdom with which scholars occupy themselves, there is none more obscure, necessary, exalted, and more challenging than the dream interpretation and analysis.

The ancient scholars would deliberate upon the Book of Allah

and the traditions of the Prophet

as the initial points of focus in their attempt at dream analysis.  The proverbs of sages, the interpretation of language, semantics, and poetry would then be considered to aid in the interpretation.  The interpreter would be considered an expert not only on account of their textual knowledge, but also their personal adherence to it.  These interpreters were normally of refined character, and they would conduct a quick study, equipped with a practical understanding of the cultural context of the dreamer and inquire about their personal disposition. Most scholars before attempting to reflect on a person’s vision would perform ablution and ask the Almighty

for assistance and fath (clarity).

There are 9 methods of Dream interpretation:

These nine methods are applied simultaneously and not necessary in order of the above listing.  A dream may require all, or even just one of the above methods.

Further, knowing which dreams are adghathu ahlaam –confused dreams, or the ramblings of our consciousness- , is important for both the dreamer and the interpreter.

Modern researchers study dreams and attempt to delve into their meanings.  Sigmund Freud for instance, thought that dreams indicated sexual problems, but since the subconscious mind had our best interest at heart, it disguised the abruptness of the message. Freud believed that if the analyst interpreted the dream for the neurotic patient, the patient’s psychological problem would be resolved.

Carl Jung on the other hand disputed Freud’s theory and argued that dreams serve a compensatory function; if we are too one-sided in our conscious outlook, the dream warns us of the inherent danger in our thought and behaviour so we may modify them.

All of that is relevant to the adghathu ahlaam.  Our purpose is the discussion as it relates to the ru’ya (divinely inspired vision).

Here is a Quranic example of dream interpretation that includes all 9 methods, to illustrate how it all comes together. Over the next few articles we can draw discussions from Surah Yusuf and the following verses:

43           And the king (of Egypt) said: “Verily, I saw (in a dream) seven fat cows, whom seven lean ones were devouring – and of seven green ears of corn, and (seven) others dry. O notables! Explain to me my dream, if it be that you can interpret dreams.”

44           They said: “adghathu ahlaam Mixed up false dreams and we are not skilled in the interpretation of dreams.”

45           Then the man who was released (one of the two who were in prison), now at length remembered and said: “I will tell you its interpretation, so send me forth.”

48           “Then will come after that, seven hard (years), which will devour what you have laid by in advance for them, (all) except a little of that which you have guarded (stored).

49           “Then thereafter will come a year in which people will have abundant rain and in which they will press (wine and oil).”

used all the methods of interpretation by focusing on: names, symbols, increase, decrease, opposites identified, inability to interpret by the king’s priests, time of year of the dream, derivation of benefit, warning of harm, concern and heeding the advice can avert harm, and most importantly, truth becomes manifest.

The first method focuses on the etymology of the dreamer’s name or the name of the object appearing in the dream.   A simple example would be dreaming of someone named ‘Rasheed’ may signify irshaad (guidance) or, depending on the circumstances of the dream, the lack of.

Names and the roots from where they emerge are important in the initial moments of interpretation.  The names of individuals, objects, titles conferred, honourable mention, nicknames, slander, shortening, elongating, changing in pronunciation, etc., are all important in the analysis.

The name of course does not need to be in Arabic to have significance.

Examples of this can be found in Sahih Muslim

as saying: “I saw during the night that which a person sees during the sleep as if we are in the house of ‘Uqba b. Rafi’ that there was brought to us the fresh dates of Ibn Tab. I interpreted it as the sublimeness for us in the world and good ending in the Hereafter and that our religion is good.”

So the interpretation was based on the name IBN TAB, signifying goodness and high quality. We say a person is a good man or woman by calling them Tayib or Tayibah.

This involves taking a characteristic associated with the object of one’s dream and using this as the basis for one’s interpretation.

This is closely linked to the previous method of name association and interpretation.  However, recognising the symbol of importance is at times more intricate than an apparent name.  Further, a symbol may have more than one meaning depending on the context of the dream.

There are a few examples that we can mention here in sha Allah.

said, “While I was sleeping, I was given a bowl full of milk (in the dream) and I drank from it (to my fill) till I noticed its wetness coming out of my limbs. Then I gave the rest of it to ‘Umar bin Al-Khattab.” The persons sitting around him, asked, “What have you interpreted (about the dream) O Allah’s Apostle?” He said, “(It is religious) knowledge.”

Is the symbol milk, wetness coming out of the limbs or both?

Milk is pure and when it is “off” it is known to be unusable from a distance (smell, change in colour).  So milk is purity.  Further, milk is nourishment (especially when living in Medina 1400 years ago).  As well, milk is derived from a source that cannot be altered.  You cannot make milk out of something. It is brought out of an animal that has been domesticated for that particular aim.

‘Ilm is derived, learned, and passed on. It is nourishment for the spiritual soul and is clearly demonstrated through rigorous standards of authentication.

drank to his fill and kept drinking past his fill to the point that he dreamt that the milk was seeping out of his limbs (in another narration also in Bukhari, he says “out of my nails”).

This is called ziyaadah (increase of capacity and measure).  Allah

in Surah Taha to ask for an increase in knowledge.

Milk therefore is religious knowledge when linked with over abundance.

In other moments (Isra and Mi‘raj) and in the Quran (Surah Muhammed) milk represents constancy, pure, lack of tarnish, and incorruptibility.

Allah’s Apostle said, “While I was sleeping, some people were displayed before me (in a dream). They were wearing shirts, some of which were merely covering their breasts, and some a bit longer. Then there passed before me, ‘Umar bin Al-Khattab wearing a shirt he was dragging it (on the ground behind him.)” They (the people) asked, “What have you interpreted (about the dream) O Allah’s Apostle?” He said, “The Religion.”

A shirt is interpreted as “ad-Deen – The Religion.”

Clothing shelters you, protects you, identifies your, differentiates you, humbles you, elevates you and accords you a position in the eyes of others.

Being completely covered implies that ‘Umar

was firm in all aspects of his faith and was adorned with the “Libas at-Taqwa (Garment of Taqwa)” referred to in the beginning of Surah al-A‘raf [7;6]

There is a plethora of information regarding the usage of the Quran as the primary text to be utilised by the interpreter of the dream.

This can be established through the Sunnah, and action of the sahaba and the scholars who tread upon their path.

will speak of something and link it to more than one circumstance. As such the dream interpreter must have sound knowledge of the Quran and its meaning.

For example: A donkey

A donkey, seen during sleep, may symbolise:

says, “…is as the likeness of a donkey that carries huge burdens of books (but understands nothing from them).” [Surah al-Jumu’ah ;5]. Burdens as translated here is asfaarun coming from the same root word to denote travel.

Seeing a donkey may also imply a resurgence of livelihood or strength.  Allah

says: “And look at your donkey! And thus We have made of you a sign for the people. Look at the bones, how We bring them together and clothe them with flesh”. When this was clearly shown to him, he said, “I know (now) that Allah is Able to do all things.” (Surah Baqarah;259]

Seeing a donkey may also imply beautification and comfort.  Allah

says: “And (He has created) horses, mules and donkeys, for you to ride and as an adornment. And He creates (other) things of which you have no knowledge.” [Sureah an-Nahl;8]

and evil soon to arrive. Allah

says, “”And be moderate (or show no insolence) in your walking, and lower your voice. Verily, the harshest of all voices is the voice (braying) of the donkey.” [Surah Luqman;1]

Another example is the Adhaan.

Seeing yourself or others performing the adhaan in your ru’ya can have more than 12 different interpretations all utilising the Quran (Ibn Qutaybah, Al-baghaawi, al-Qadari, ath-Tha‘alibi and others).

It may indicate a person performing Hajj [Surah al-Hajj;27], speaking a word of truth [Surah Yusuf;70], fate to befall , position of authority [Surah at-Tahwbah;3], a journey, a death, wealth after poverty, treachery, suspicion to fall on you, losing faith, or hypocrisy.

More examples of actions or symbols and their Quranic relevance can be:

Of course there are many more examples to be offered.

would also define particular symbols, objects and animals in a way that is significant to the dream interpreter.  Of course using the definitions of the Prophet

require insight into the greater corpus of the Sunnah and a working knowledge of the authentic sahih narrations from the da’eef.

described the woman as being created from a rib – agreed upon)

One of the problems associated with interpretation using statements from the sunnah is that many are fabricated and unauthentic narrations have been relied upon by compilers of dream symbol lists and dictionaries.

said: In a dream you may see one of these six symbols –  to see a woman is Goodness, a she-camel is warfare, milk is Fitrah, greenery is Paradise, a ship is salvation, dates are Rizq (Daylami and Abul Ya’la report this narration which is Da’eef due to the fact of an unnamed reporter in the chain among numerous other flaws – See ad-Da’eefa 3653)

for example says in al-Isharah (767), “To see yourself walking with yellowish tanned leather sandals on your feet implies that you should look forward to Barakah and Happiness due to the hadeeth of the Prophet

The Prophet-saw] (it is wrongly claimed) said, “To wear yellowish tanned leather sandals will have barakat and happiness accompany him. And the hadeeth is saheeh.”  Of course the scholars of hadeeth have refuted the assertion that the previous statement is Saheeh.  It is in fact fabricated as stated by Ibn Abi Hatim in al-‘illal as Sh. Mashoor points out.

As such the dream interpreter must place emphasis only on the saheeh narrations and not follow a manual without knowledge and research.